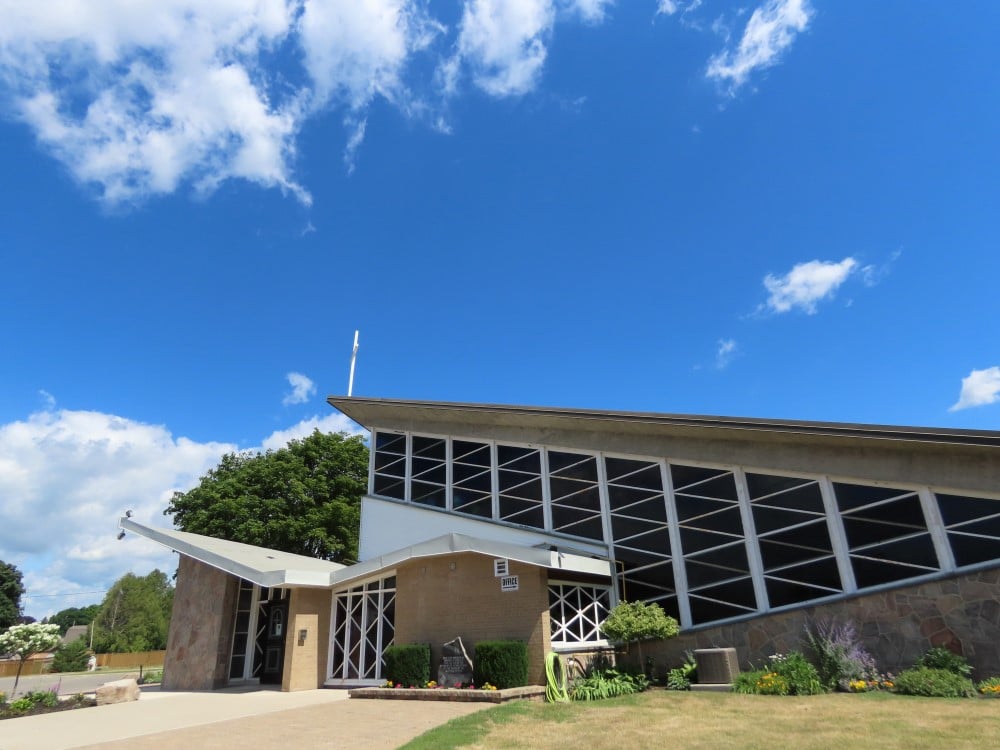 1860 Mass celebrated every Sunday in Whitby

1867 First St. John the Evangelist church built in Whitby. It was blessed and opened on May 24. Reverend John Joseph Shea was responsible for the construction, at a total cost of $3 041.78

1880 Blessing of St. John the Evangelist cemetery on October 10

1891 Whitby once again a mission of Oshawa

1901 Separate school closed due to lack of funds

1901 First church destroyed by fire in December. A second church was built, under the direction of Reverend Andrew O’Malley, on the same site as the old church, on the north-east corner of John and Palace Streets.

1913 St. Francis de Sales, Pickering, made a mission of Whitby

1957 Campaign for funds for new church

1959 The Grey Sisters of the Immaculate Conception, from Pembroke, came to Whitby to work in education and later working in the parish

1961 First St. Vincent de Paul conference was introduced in the Spring of 1961

1973 Parishioner John Newman was ordained to the priesthood

1981 Blessing of Resurrection Cemetery on September 12

1992 Parishioner Tim Hanley was ordained to the priesthood

1993 Parishioner Charles Forget was ordained to the priesthood

2008 Sister Ann Howard G.S.I.C celebrated her 50th anniversary as a Grey Sister of the Immaculate Conception on September 28

For a history of priests click here
Historical Overview